Canada-based Bristow Global Media (BGM) has appointed the former president of Newroad Media as its VP of content. 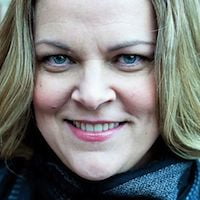 Marlo Miazga’s expanded role at the Toronto-based firm will see her work with Julie Bristow, president and CEO of BGM, to lead production and development of content.

Miazga joined BGM as co-executive producer of Canada: The Story of Us, which is based on the format created by Nutopia and will premiere on CBC in March.

Prior to joining BGM, Miazga was co-president and founder of Newroad Media, where she developed, produced and sold original content for both the domestic and global marketplace.

The prodco created series including Close Encounters, Curious and Unusual Deaths and the international co-production My Wild Affair.

“As a female entrepreneur, her energy and passion for creating premium factual content is unparalleled,” said Bristow.